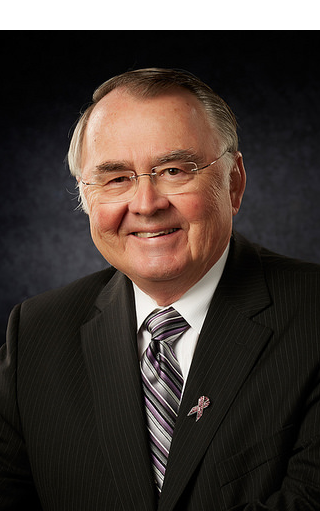 Gus Iwasiuk is the founding Program Director (Emeritus since September 2018) of the General Surgery Residency at Community Memorial Hospital in Ventura, California, and the Assistant Professor of Surgery for Western University of Health Sciences in Pomona. He has been a practicing surgeon since 1981 and was a doctor in general practice for eight years prior to that. While serving in the United States Air Force for two years during the Vietnam War, he attained the rank of major, coming home to practice medicine in Ventura. He retired from the clinical practice of surgery in 2018, but continues his educational involvement with the training of surgeons, writing books and essays, as well as growing avocados, lemons, and oranges in Southern California

His interest in publishing began with a desire to put to paper the interesting life stories of his father, Vladimir, himself a doctor who survived childhood poverty, World War II, and the strain of uprooting his family and his medical career after the war to another country whose language he did not know. This desire culminated in the book Tales of a Country Surgeon, published in 2005, which contemplates his father’s experiences as well as his own. His father was also an avid painter and served as the inspiration for Gus’s second title, a coffee-table book of Vladimir’s paintings, Vladimir’s Visions. His  commentary on genetics and religion called The Jesus Gene is an effort to explain our current world crisis in terms of differences in religious philosophy.  Recent works include, Tales from my Hometown, centers on his hometown in Austria, with a historic bent and photographic display of the natural beauty of the town, What I Still Want to Say, a collection of essays on a variety of topics from philosophy, education, history, and more. His most recent book is based on a seminar for his residents, We Stand on the Shoulders of Giants, A Brief History of Surgery. This book was endorsed by the American College of Surgeon’s historian, Don Nakayama M.D., FACS.

Gus was born Gösta Werner Iwasiuk in Linz, Austria, in 1943. His family immigrated in 1954 to the U.S., settling in Peoria, Illinois, where he graduated as valedictorian of his high school class. He received his pre-medical education from Bradley University and started medical school at the University of Illinois at Chicago, but finished his M.D. at the University of California, Los Angeles, graduating with honors and inducted into Alpha Omega Alpha, the medical honorary fraternity.

He interned at Los Angeles County+USC Medical Center and did his general-practice residency at Ventura County Hospital, where he was chief resident in his final year. He worked as a general practitioner until 1977, when he decided to do a surgical residency at the University of California, Irvine, finishing at Cottage Hospital in Santa Barbara.

Gus is board-certified in general surgery and, upon re-certifying, attained a ranking in the 99th percentile nationwide. His professional interests run the gamut of surgery, especially laparoscopic and robotic. He is a fellow of the American College of Surgeons (FACS) and has served as a board member of the Southern California chapter. He has also served as president of the Ventura County Medical Society, as well as chief of staff of both Ventura County Medical Center and Santa Paula Memorial Hospital. He also served as a delegate to the California Medical Association.

Dr. Iwasiuk is available for speaking engagements and interviews.