WHY I REJECT ANY FORM OF SOCIALISM

I often think of my hometown, Hinterstoder, Austria.  It is an idyllic spot; a U-shaped valley carved out by two glacial episodes.  The last one ended 11,000 years ago.  It left the valley with two levels.  The older glacial episode left a terrace two to three hundred feet higher than the more recent one.  The lower level is now where a crystal clear blue-green alpine stream, teeming with rainbow trout, winds its way through the valley, eventually flowing into the Danube.  That stream bubbles forth from the base of the mountains that are located toward the bottom of the U in the U-shaped valley. I dream of all the beauty that is displayed there, but I also think of the evils that echo from the granite walls that National Socialism wrought there.

My parents left Romania in 1941, escaping the wrath of Joseph Stalin, another Socialist. He was a Marxist Socialist, but just as homicidal as Hitler was, if not worse. Stalin’s goons had killed my uncle, my mother’s brother, Polka Dowhanczuk, for the sin of being from the wealthy class.  He had inherited large beef ranches which had supplied England with meat prior to the war, and also owned some oil wells in a town 50  miles north of Bucharest, named  Ploieşti, a Renaissance city dating back to the 15th century.  Being rich was enough to get a bullet in your head in that Socialist country. When the Soviets discovered that my parents had escaped their clutches, they found the closest relatives that they could punish for my parents’ political thought crimes. That fell on my paternal grandmother who was shipped off to a Gulag in Siberia, where she amazingly survived for ten years.  With Khrushchev’s “de-Stalinization,” she was released to rejoin her family in Bucharest.  My father spent many a sleepless night thinking of this unjust tragedy, but going back would have brought him and my mother to the end of a rope, and you would have been deprived of reading this tale.

I was born in Nazi Germany, the only country that at that moment was not going to kill my mother and my father, who had to hide his Jewish ancestry for obvious reasons. Even the good old USA would have turned my father over to Uncle Joe (Roosevelt’s name for Joseph Stalin) at that time when the USA and the USSR were still friends. I grew up in the beautiful little town, to which my father had been assigned as the town doctor.  I started school there, served as an altar boy in the church that dates back to 1740, hiked in the mountains, and even picked the elusive Edelweiss flower that was protected by law, and always grew just over the cliff.

Socialism, whether Marxist, Nationalist, or Democratic, is control of the means of production of goods and control of the distribution of those goods. This is the economists’ definition of Socialism for those of you from Peoria. For Socialism to work, it also requires control of the entire economy, education, justice system, and culture.  It, by the way, is a common error made by the unsophisticated that social welfare is a product of Socialism.  That was Otto von Bismarck’s creation, the ultra-conservative right-wing Chancellor of Germany from 1871 to 1890 if you read your history, and Bismarck created the first welfare programs, including for health, old age, and worker disability long before the first Socialist country ever came into existence!

Socialism, on the other hand, is not social welfare. Socialism is an economic system where the state controls the productions of goods and their distribution. Social welfare, although a function of government, is not a product of Socialism. It exists in all countries and all economic systems, whether Capitalist, Socialist, or Communist. Social welfare is not the problem. Its generosity depends on the country’s wealth, its moral sense, and its tax structure. Socialism’s flaw is that the individual has few if any rights, in addition to no rights to own the means of production and distribution.  Our Bill of Rights gives us an immediate standing before the courts unlike in Socialism, where the rights emanate from hierarchical Top-Down regulation of society. So strange things happen. Show trials already have the verdict ahead of the trial. In fact, trials are not even necessary, just the edict from above. Six million Jews had to be gassed to death. Eleven million Ukrainian Farmers had to be starved to death. Even what books, movies, poetry, or art you are allowed to see or read needs to be controlled to protect you from degenerate thinking. We already see this in our own “trained Marxists.” AOC tells us that if you have the incorrect political thinking in your mind, and have been an enabler of the wrong politics, you shall be placed on a list to be dealt with accordingly in the future. The Democratic Socialists think just like all the other Socialists. We will tell you what and how to think, a little clue that Maoist style re-education camps are coming.

In the National Socialistic public health system, any mental disability was also seen as heritable, and in order to purify the race, those genes needed to be erased.  In my hometown, the “Bürgermeister’s” (Mayor) son had mild cerebral palsy.  This is caused by a birth accident where the brain is deprived of oxygen for variable periods during the birthing process and has nothing to do with inheritance. The son was fully functional, in fact, he was quite an artist, as can be seen in two paintings right and left that his sister preserved.  His sister was, by the way, my third-grade teacher who made the paintings part of her teaching curriculum. Despite that his father was the Mayor of the town, the Nazi’s “euthanized” his son with intravenous gasoline, a family tragedy. 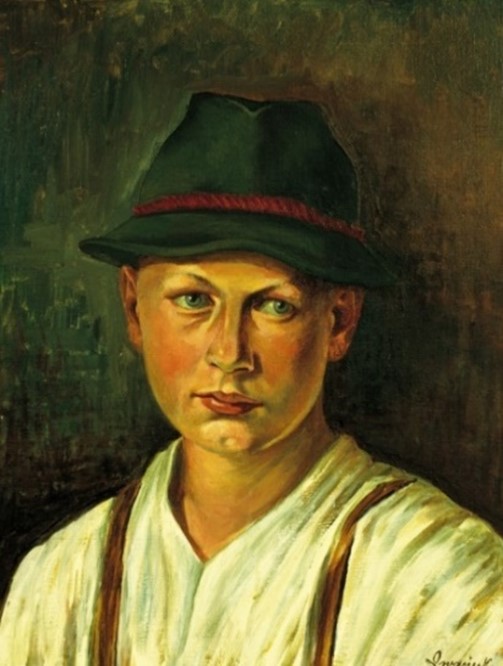 My father, who was the town doctor during World War II, was also the one whose job was to bring the death notice for any soldier killed to the family.  One of those was the Sturm Family.  The son was killed on the Russian front and returned to his hometown in a body bag.  At his funeral procession to the burial site, his sister remarked that she would rather walk behind Adolf Hitler’s coffin than her brother, a statement reported to the SS almost immediately.  The arrest followed the burial.  It was my father’s intervention with the SS that saved her life.  He announced to the SS Commander that the girl was schizophrenic and under his treatment, an untrue statement. By that time, the euthanasia measures against psychiatric illnesses had been rescinded. She was released to his care.

This allows me to segue into the next tragic affair.  On August 3, 1942, Bishop Clement August von Galen of Münster, Germany, preached a sermon that condemned the racial purifications and euthanasias as not in line with the church’s teaching. A group of aristocrats joined his warning and demanded that Hitler stop them. Among the petitioners was a very influential man, the Duke of Eulenburg, who happened to be our landlord in Hinterstoder.  Hitler did stop the murders, but the Duke of Eulenburg came to his attention and into his sights.  In retribution, Hitler ordered the Duke’s son to be transferred to a tank battalion that had the highest mortality of all of Rommel’s divisions, as they were in constant savage firefights against crack Russian tank divisions. 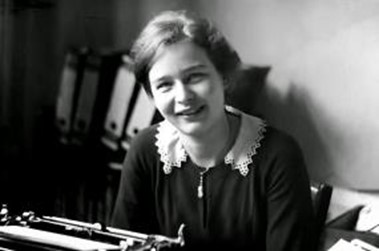 Additionally, the Duke’s niece had been involved with an anti-Nazi group called the Red Chapel (Rote Kapelle) that passed out anti-Nazi pamphlets. She was arrested and, shortly after that, executed by decapitation. The family was not allowed to claim the body as it was shipped to Vienna to serve as a model for anatomic drawings in an anatomy atlas, the use of which continues to generate controversy even today. “Libertas” was her name.

So you see why I have personal reasons to abhor Socialism and Socialists regardless of their flavor, and cannot understand the lack of comprehension of people who ignore history, along with the crimes and horrors Socialists have committed, and the long list of all the failed Socialist governments that have imploded. I am also appalled by people’s lack of education as to what Socialism is. Even though Socialism and social welfare have the same root word in them, there is a vast difference between them. It is as if they never looked at a dictionary. As Shakespeare said,” A Rose by any other name would smell as sweet.” To me, Democratic Socialism smells, but not anywhere as sweet!