This year marks the 55th  year anniversary of my trips to Mammoth Mountain, California to participate in the veritable religious experience for me of skiing.  It is an exhilarating occasion of liberation, almost like flying. All you hear is the wind whistling past your ears, the snow crunching beneath the skis, and the sensation of the trees speeding past you.  Your entire concerns are focused on getting down the mountain.  Your abilities control everything that really matters at that moment, and nothing else is important. It is an adrenalin rush, all the mundane business of life and your place in that life is secondary. It is freedom!

I started skiing in Austria when I was four years old.  It was not just a sport but a necessity to get down the hill from our abode high in the Alps every winter.  Our villa was a beautiful home donated for the town doctor and his family during World War II by the Duke of Eulenburg.  To get anywhere, skiing was essential.  Later it was my only way to get to school that I started  in 1949.  My first-grade teacher, Maria Moser, was an excellent skier and my first ski instructor every afternoon in winter after school was out.  She was an earlier adapter of the sport.  Pictured here second from the right in 1910 when she was in her early twenties, she was already an enthusiast.   Skiing had come to the Alps only a quarter of a century before from Norway, where it originated hundreds of years before as a sport, but more importantly for hunting and military applications.  Skiing may actually be older than most sports. 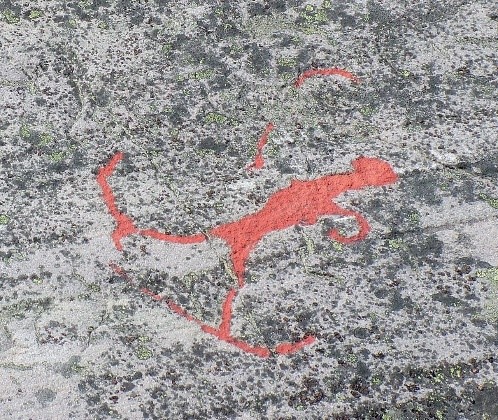 Remnants of skis were found in Russia dating back 8000 years ago.  Stone-age cave drawings document this as a Neolithic activity.

The word “Ski” is from an old Norse word meaning “sticks of wood.”  Skiing was first codified in Nordic law in 1274: “Skiers could not disturb moose on private land when hunting.”

The first skiing outside of the Scandinavian countries was in the Schwartzwald, Germany in 1866, but took several decades to get to Alpine slopes.  The first ski club was in the city of Steyr, Austro-Hungary and was named for the cross-country style the “Telemark Club” in 1898.

Austria added a variety of technology especially in the boards they called and still call “Bretter.” They were literally just a single layer of hand-carved hard-wood board of Birch or Hickory, but now are a technological wonder sandwich of fiberglass, carbon-Kevlar, steel , and aluminum. Bindings were the other advancement Austrian skiers contributed.  Initially, it was just leather straps holding sturdy leather hiking boots onto the boards, then a variety of cable and springs added sturdiness and safety.  More recently, the quick release bindings and the modern ski boot have made it high tech.

Another addition that since has been relegated to the dustbin of obsolescence, is the art and science of ski waxing.  It was the study of what wax to place on the bottom of the skis to make them perform better, with higher speed and more control. What wax to use was a spiritual, and literally hereditary, secret knowledge passed on to the next generation in a rite of passage ritual, in which I participated through my cousin, Sergi, a ski demigod who was a mentor and also a member of the Austrian Olympic team.

It depends on the snow texture, dry, wet, hard, soft, etc.  Now the various plastics have made waxing unnecessary and obsolete, but nevertheless something I miss dearly. The first ski school was initiated by the Austrian, Mathias Zdarsky, who also originated “Torlauf,” Slalom racing.

From the Austrian Alps, Skiing spread like the proverbial avalanche around the world from Mount Fuji in Japan, to the New Zealand Southern Alps, to the Rockies, and even Mount Kilimanjaro in Africa.  Skiing did not make it into the Olympics until 1936 at the Garmisch-Partenkirchen, Germany games. Needless to say, Austria has garnered more medals than any country to date at all levels, gold, silver, and bronze.

In 1965 when Mammoth first opened, it allowed 65-year-old skiers to ski free when lift tickets cost $5.  Now the tickets cost $199, and the age when free tickets are issued is 80.  I will just have to wait them out for another three years.