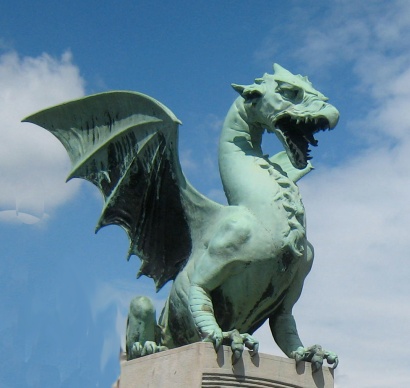 Just a few days ago, Ian David Long, a 29-year-old ex-marine, appropriately dressed in all black, walked into the Borderline Bar, a country western bar/ dance club in Thousand Oaks, where a couple of hundred college age people were having a good time. With his Glock 45 that had an illegal extra-large capacity magazine, opened fire on the crowd on the dance floor.  He was a machine gunner during his military career, so every shot counted, and he killed 12 people including a Ventura County Sheriff who responded to the cry for help, before Ian, showing signs of twisted and perverted intelligence, turned the gun on himself unfortunately not soon enough.  These people were strangers to him who had no inkling what Ian was trying to prove and had not done anything to him. His post on Facebook that he apparently wrote during or shortly after the shooting just before he pulled the trigger on himself, had the earmark rantings of an insane person.  This is a curious kind of insanity that used to be seen only in the monsters of history, people who hold powerful leadership positions, Vlad the Impaler or Adolph Hitler come to mind. But now this insanity has infected the populous, where anyone with a gun can act out their insanity.  A strong military force, dressed in combat black, wielding a powerful weapon shooting at defenseless people like shooting fish in a barrel has become the model. Not very heroic!  It combines sadism in hurting and killing with cowardice knowing he could not be hurt. This is without doubt the most despicable disease of the mind that acts as if it has become contagious.  Ian, himself, recognizes this by his own words, “Yeah… I’m insane, but the only thing you people do after these shootings is ‘hopes and prayers’… or ‘keep you in my thoughts’ …every time” But his observations are not that far off the mark even for an insane person.  Hopes and prayers don’t seem to do much, do they? Nor does keeping the unfortunate victims in our thoughts add anything.

The very next day, as if the horror of a mass murderer was not enough evil for the week, an Armageddon like fire broke out in Thousand Oaks and laid waste to 35,000 acres so far and is still going strong.  250,000 residents have been evacuated.  Containment is at 0% with 150 homes at this point, some of them palatial, have gone up in smoke as I am writing this.  Ironically some of the victims of the fire have also lost friends in the mass shooting.  Go figure, I wonder what they did to have pissed off God to such an extent.  Or could it be that God does not care because he isn’t there?  Again, it takes the insane Ian David Long to point out that hopes and prayers don’t do the trick.  Jesus himself didn’t get much benefit either from his last prayer on the cross when he beseeched his Father. “Oh God, do not forsake me!’  He died in agony anyway.

What are we, the simple folk to make of all this?  If we take all the evidence for and against the presence of the Almighty, what do we have?  This perfect universe that the Good Book tells us was created just for us, is full of death traps.  We have a very hostile environment that can get us maimed or killed with no warning, or no logic or no reasons.  It hits closer to home when I learned that some members of my family have frequented the Borderline Bar on many occasions.

Was it necessary for the Intelligent Designer to have all this designer evil that is getting more and more prevalent and more evil as time goes on.  Or do we have a very angry Master of the Universe that loves to see pain, suffering, and the wanton destruction of the hopes and dreams that Ian was talking about in his last utterances on earth?  Is it akin to the flood that killed all of humanity save Noah et all? That would not be the all loving, all forgiving, all-knowing, all-wise Creator we are told about.  Would it? Am I missing some hidden message? Or is it the usual standard answer of the hopelessly trusting and sadly misguided souls, “We just can’t know what God’s plans for us are”?  Just a wild off the cuff guess from moi, I think those plans are also insane even if coming from up high, equally as insane as the plans of Ian, but on a grander scale. There is a lot of evil floating around perpetrated by humans as well as nature.  This evil is indiscriminate, it seems.  If God has the power to stop this and doesn’t want to, what are our options?  If God does want to stop all this carnage and can’t, what are our options?  If he has the power to stop this horrific evil and doesn’t, we are praying to the wrong Guy.  If He does want to stop the suffering but cannot, we are also praying to the wrong Guy, paraphrasing Ian David Long, but a little more in-depth and hopefully more eloquent. Simply put, “Prayer does squat!”

I am certain that if there were no evil in this world, there would have to be a God, as only an all-powerful, all-knowing, all- beneficent being could keep all that darkness at bay.  Conversely with all the evil that swirls around us, God appears to be aiding and abetting murderers, fire, tsunamis, Santa Anna winds, etc., or he is just absent from His post!