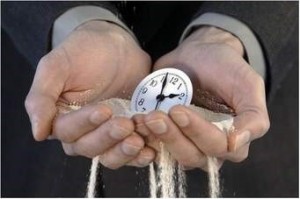 Muhammad died in 632 AD, or more politically correct CE.  He was 62 years old.  He was raised by his paternal uncle, Abu Talib, as he was an orphan.  When he was 40 years old and a well to do merchant, his first visitation from God’s messenger, the archangel Gabriel, came to him in a cave near Mecca where he was praying, fasting, and meditating. He started to preach the faith three years later. Since he could neither read nor write, he had to dictate the holy words to a scribe several years after he started to preach.  He was spectacularly successful.  Very soon much of the Arabian Peninsula had been converted to Islam (which by the way means “complete surrender”).  Only Mecca, the holiest of holy cities, was not in his control.  In 629, just 19 years into his ministry and three years before his death, he triumphed over all of Arabia by marching 10,000 Muslims and taking Mecca by force.

By comparison Jesus was a rank amateur.  At his ignominious death on the cross he just had a rag-tag group of poor fishermen and other misfits of the lower rung of society.  It took the Emperor of Rome, Constantine, over 300 years later to legislate Christianity into its world class position.  Christianity started as a small offshoot of second temple Judaism, but became the world’s most popular religion with its current membership of around two billion souls.  This was because of the Emperor’s very persuasive efforts such as making Jesus co-equal with God, thus making Jesus a God, at the first Council of Nicaea. He also made Christianity legal, commissioning 50 bibles that became the canonical text i.e. the chosen books to be included, banning pagan ritual, stopping government financial support of paganism, and later under Theodosius even persecuting pagans.  Furthermore, the Council abandoned Passover and chose a new date for Easter, as well as repurposing it to be a celebration of the Resurrection, which just happened to coincide with the Roman celebration of Cybele (aka Ishtar- Ister-Easter) goddess of fertility, Spring and the awakening of nature. This was intended to have a unifying religion for all of the Roman Empire.  He wanted a religion that would not encourage civil unrest (turn the other cheek), support slavery (blessed is the slave that obeys his master), and promote the philosophy of a life in a paradise after death where the real rewards are awaiting us (the meek shall inherit the earth), making it unnecessary, if not sacrilegious, to attempt to create paradise here on earth.  Both Christianity and Islam “borrowed” much of their lore from Judaism.  The Old Testament is the first half of the Christian Bible.  The Torah, the most holy book for Jews, is the collection of the first five books of the Old Testament. Most of the rest of the Old Testament comes from the Tanakh, the second most holy book of the Jews.  Islam refers to Jewish and Christian scripture and accepts it as the word of God but that man has corrupted it.  Islam considers Jesus also a prophet of God. They assert that the Qur’an was given as a remedy for the distortions.  Nevertheless, Islam has many of the same traditions like the food laws, and circumcision, although not compulsory, is highly desirable.  Islam also goes back to the Old Testament references and reveres the prophets especially Abraham.  The shrine in Mecca, the Kaaba, which all male Muslims are urged to visit once in their life is generally considered to have been built by Abraham.   Judaism, Christianity, and Islam have similar disdain for human rights, are intolerant of any criticism leveled at their philosophy, and revel in punishment, misogyny, and cruelty.  All you need to do is read their holy books to see the second class status of women, the intolerance of other religions which engenders discrimination and racism, the practice of male and female circumcision, the cruel slaughter of animals in the ritualistically acceptable manner, the Burka, self-flagellation, etc. etc. Why do these religions, that are ostensibly about pleasing the omnibenevolent Creator, generate so much evil in so many respects?

Moses slaughtered town after town to take the “Promised Land” from the people that were the original inhabitants of said land.  He did spare the “girls that had not yet known man” to provide diversion for his soldiers- how very generous and god fearing of him. One can make the case that Jesus was even more vindictive by proclaiming that only through Him can you be admitted to heaven.  If you are still-born or die in infancy and are not yet baptized, or happen to have been born in the Yucatan before the Spaniards brought the true Word of God to the infidels, you too will go to the everlasting fire, along with a few billion of your fellow humans.  This makes the Holocaust just a lackluster attempt at imitating the divine plan.  Islam has taken the motto of Avis to heart: “When you are number two, you try harder.” They are trying to catch up to the other major religions in death and destruction, in case you had not noticed.  The Thirty Year War between Catholics and Protestants killed 11,000,000.  It will take a while for Islam to match that, but give them time, they are working on it.

Judaism and Christianity have been tamed to some extent by the thousands of years of bloodletting and you no longer need to kill your children that blaspheme by hitting them between the eyes with a pointy stone as demanded in Leviticus.   Islam has not had the time to have a hundred-year war, nor even a puny thirty-year war, so its edges are still a bit rough.  But to their credit they are trying, however they need a few more beheadings and burning people alive before they can join the other world class religions by also casting off their dark and murderous side.  It took Christianity close to 2000 years to abandon some of the insanity, stupidity, and cruelty.  The last individual to be executed for blasphemy was Cayetano Ripoll in 1826.  The Inquisition was still alive in Spain and murdering people for being in this case a Deist (a philosophy that seeks to know the Creator through observation, science, and reason but rejects revelation and dogma).  It appears that the major world religions have to go through a genocidal cycle before they come to the conclusion that these barbarous rampages are not exactly what the Deity had in mind.

What seems odd to me is the excuses made for the radical factions of Islam, and even the not so radical factions that continue to cling to insane, cruel, and illogical practices and doctrines, such as women are kept from attending higher education, driving a car, showing off their ankles, and numerous other misogynistic traditions; the current politically correct attitude is dancing around religious fanaticism, and lacks the outrage that should be vented over their excesses.  That should come loud and clear especially from the moderate, reform minded Muslim sector, but very little, if any, of this outrage is evident.  There is more outrage against “the Donald” for suggesting, if elected, he will not allow Muslims admission to the US without assuring that the immigrants are not terrorists.  Islamophobia, a newly coined phobia as far as I can tell, is immediately thrown in anyone’s face at the slightest suggestion that most terrorists seem to be Muslims.  Despite the fact that very few Rastafarians, or anybody else for that matter, have taken down any tall buildings in New York nor blown up any trains, planes, or underground subway tunnels.  If it had been a radical splinter group of Rastafarians that were acting like crazed barbarians, we would be talking about “Rastaphobia”, and I would have to change the title of my essay.  Humans are very pattern oriented, and when a segment of a group acts in an aberrant way, the entire group gets stigmatized by that aberrant segment. Profiling is a capital sin in our politically correct world because it is unfair to the majority that does not practice their weird behavior.  Yet it is very characteristic of the way our brain works and is quite understandable as it evolved from a survival mechanism that makes us draw our hand away when we hear the rattle in the grass; it also makes us cross a poorly lit street when we see a group of young rowdy men come toward us.   Profiling is the major means by which airport security is handled in Israel.  I experienced this personally.  There is this one very fit and stern guy who openly wears a pistol on his belt and walks around the pre-boarding area before the flight.  He stares everyone in the eyes.  Some are culled out for more intense scrutiny.  Israel has not had a single terror event involving an airplane since 1969.

There was no public outrage against anti-German sentiment or the Japanese internment camps during WWII, despite the fact that there were German and Japanese men fighting on the US side against their own. Nor did the Japanese put up any struggle or protest against this abominable treatment of loyal Americans.  It is just now that the political correctness is making a (too) late appearance against these injustices. I suppose we should make things right and retrospectively make amends for all that “Germophobia” and “Japophobia” that was so prevalent in the 1940’s and 1950’s.  Perhaps reparation payments could sooth these transgressions that occurred in recent history, unlike reparation payments for slavery which would not compensate one single slave as not one of them is still alive.  When my family immigrated from Austria to the US in 1954, and I attended school I wish I could get a dollar for every time my politically incorrect schoolmates derisively called me a “Kraut”, the not so endearing term for Germans in the early 1950’s, even though I was mostly a mongrel of Hungarian, Ukrainian, Romanian, and Jewish descent, with actually not one cruciferous Teutonic gene in my DNA.

Another phobia that the three religions have in common is homophobia.  All three consider it an abomination.  It is not exactly clear to me what an abomination is because among other things that are listed as abominations in scripture there seem to be an incongruous variety of acts that can’t all carry the same weight with God, for instance lending your brother money and charging him interest, men wearing women’s garments or visa versa, mixing wool and cotton in the same piece of cloth, cutting the edges off your beard or rounding the hair on your temple.  Eating a sea creature that does not have fins and scales is likewise abominable. Christianity has forgotten that one entirely, and thank God as I love oysters.  It seems that some abominations can be snuck in without much objections, but it is impossible to determine which abominations are not so abominable and which are.  Christianity and Judaism have figured out by some yet unknown means that some abominations can be ignored but not the one about man lying with man.  Islam takes that one really seriously as the preferred punishment is death by being buried alive; apparently the recent Florida shooter thought that just putting a bullet through gay people was good enough.    Either one seems like a real abomination to me!  If the omnibenevolent Creator condones such inhumanity he would not be omnibenevolent.  Or am I missing something?

Has religion helped humanity or hurt us?  So far the scales tip more on the hurt side from my vantage point considering all the wars based on religion, all the discrimination caused by religion, and all the unbridled fanaticism.  But hope does spring eternally in the human breast.  In the words of Rodney King:  “Can’t we all just get along?”